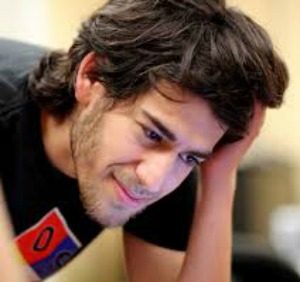 Throughout the years your skin will undergo a series of transformations. As a baby it is generally smooth, smells great and tends to be a bit sensitive. As a child there are the skinned knees and scraped elbows that prove your adventures to your friends. In adolescence you start seeing blemishes: and lots of them. These tend to dissipate as you get older but there are some people that will fight acne all their lives.

Lots of people will also find skin tags growing somewhere on their body at any given stage of life. These things are generally harmless, but what are they exactly?

Skin tags are practically harmless cutaneous growths on the skin that are predominantly composed of loose collagen fibers and blood vessels in the epidermis. They are known medically as acrochorda, fibroepithelial polyps, papillomas or soft fibromas and are typically flesh-colored or in some cases darkly pigmented.

Being benign in nature, skin tags usually do not undergo any transformations in terms of size, shape or color over time and are generally painless unless they are irritated by an external factor such as shaving or another skin pathology such as eczema. Thus, papillomas do not usually have the propensity to give rise to cancer, even if left untreated. Reports of malignant transformation are extremely rare.

Fibroepithelial polyps range in size from 1 mm to 5 cm, the latter being just smaller than the diameter of a tennis ball. Most papillomas are found primarily in the skin folds, in areas such as the neck, armpits, under the breasts, under-folds in the abdomen, buttocks and groin, while others may occur on the face, particularly on the eyelids. Some dermatological conditions that may resemble skin tags include but are not limited to moles, warts and cysts.

Predisposing factors and causes of papillomas

Acrochorda are quite common in the general population. It is estimated that at least 2 in 4 people will at some point in their lives develop these cutaneous lesions. They are not congenital (i.e. not present at birth) and while toddlers and young children may develop skin tags, particularly on the neck and underarms, the lesions are acquired mostly during adulthood, with an increased incidence in the middle age.

Skin tags are more frequently found in obese or overweight people. They are believed to be as a result of increased friction, which is created when the skin repeatedly rubs against itself, which explains the predominance of the lesions in skin folds. Papillomas are also known to increase in pregnant women owing to the elevation of hormones throughout gestation, especially during the second trimester.

While skin tags are anything but attractive, they’re harmless. Since they enjoy growing in the folds of your skin it can be easy to keep them hidden. That doesn’t mean you have to love them and removing skin tags can be very simple. There are several creams and salves you can use to remove skin tags as well as other ways to remove them yourself.

Now that you know what that thing is that’s growing on your neck you can find ways to combat their appearance. While skin tags may grow back after you remove them, once you’ve done it you’ll see that it’s actually very simple and doesn’t require visiting a doctor. You should visit a doctor if the skin tag is abnormally large, has changed shape or colour and if the skin tag is in a sensitive place, like around your eyes.

Doesn’t it feel better to be educated and confident in your knowledge? Thought so!

One response on “What is a Skin Tag?”