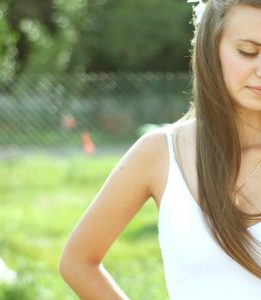 There are several options when it comes to diagnosing skin cancer. As one of the leading cancers in the world it’s no wonder that people are starting to pay attention to what is on their bodies. We’ve long been told by our parents and grandparents that just paying attention to unusual moles and changes on our skin is enough. While these may be good warning signs, they are not enough to give a firm diagnosis of skin cancer. There is a reason why medical tests and screening procedures have been invented and tested:

Findings of the US Preventive Services Task Force suggest that skin-cancer checks by dermatologists may not be worth the trouble for healthy Americans, because the practice lacks solid research evidence, the LA Times reports.

The assessment results of the task force, which evaluates the value of medical screening tests, is not an objection to the practice recommended by the American Academy of Dermatology, in which doctors inspect a patient’s skin for moles, discoloration, thickening or skin tags that might be cancerous.

But the results do say that there are not enough documented studied to establish that the said practice might save lives without putting patients at risk. The finding could also encourage health insurance companies not to cover skin-cancer screenings for people who don’t have a history of the disease.

Every year, there are 5.4 new, diagnosed cases of basal and squamous cell carcinomas. While rarely fatal, they can cause disfiguration and may metastasize to other parts of the body if not treated. The deadliest form of skin cancer, malignant melanoma, occurs in over 76,000 new patients annually, and has a mortality rate of 10,000 a year in the US. Skin cancer is growing faster than any other kind of preventable cancer.

Therefore, these new findings prompted concern among medical professionals. The American Academy of Dermatologists released  statement saying it was disappointed in the task force’s results.

They said, “Dermatologists know that skin cancer screenings can save lives.”

The Academy added that since the launch of a skin cancer screening initiative 30 years ago, called SPOTme, dermatologists have conducted over 2.5 million screenings, during which over 255,000 suspected nonmalignant cancers and 28,500 melanomas have been found.

“We know that screenings, which are noninvasive, quick and painless, are the best tool possible to detect skin cancer early when it is most treatable,” the statement said. However, the Academy does admit that there is a need for additional research on skin cancer screening.

As scary as cancer sounds, and it should be terrifying, if you are proactive and visit your medical or health care professional on a regular basis you will have more tools in your belt to combat this disease. With summer and the joy of sunshine and tanning, screening yourself for skin cancer and being smart about your sun worshipping is the best favour you can do for yourself. While you can still use the visual test to be aware of what is on your body and how it looks, relying on that alone is where the problem comes in.

If you are concerned about anything, talk to your doctor. Make an appointment, relay your fears and maybe a screening is what’s in the cards for you.