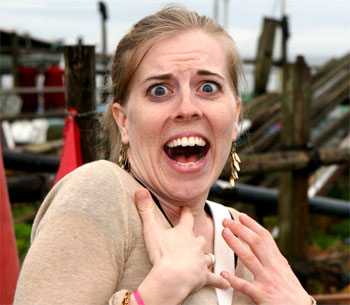 Seeing gross things on the internet is nothing new. There’s a strange fascination that comes from watching someone pop a huge pimple or something like that on video for the entire world to see. Surely most people wouldn’t do something like that, but there’s an odd sense of kinship with those who do.

Take skin tags, for example. Skin tags are little bits of flesh that like to grow in moist areas of your body. This means you’ll find them in places like your armpits, your groin, your neck and even sometimes in the folds of your eyelids. They’re generally small, growing no larger than 3mm in diameter and are easy to remove. They are usually benign, but if you are concerned you should probably get it checked out.

You don’t want to end up like this guy:

WARNING: GRAPHIC FOOTAGE Dr. Sandra Lee was filmed cutting away the gruesome mass of skin – up to eight years after it first developed on the man’s side.

This is the revolting moment Dr. Pimple Popper removed an enormous ‘skin tag’ that resembled a BRAIN from a patient’s side.

The dermatologist, whose real name is Dr. Sandra Lee , was filmed cutting away the gruesome mass of skin up to eight years after it first developed.

In the footage , the patient can be heard telling the doctor that he eventually decided to get the growth removed after his wife nagged him to do so.

Dr. Lee then jokes with him in a bid to make him less anxious about the procedure , telling him: “I think you’re a little sad to have this go away.”

In order to remove the apparent skin tag, the medic firstly injects fluid around the base of it to ensure that the area is numb.

She then picks up a pair of surgical scissors and chops off the growth, before stemming the flow of blood from the wound with a piece of gauze.

At the end of the footage, Dr. Lee cuts into the brain-like tumour [sic] itself – with difficulty – to reveal a large amount of fat and tissue inside it.

If you’re brave, you can watch the video and see the entire process from start to finish. If you aren’t so brave that’s okay too. The entire thing is pretty gross and it’s a good testament as to what can happen if you leave skin tags for too long.

It’s not the prettiest thing to watch and it’s recommended to not be eating or even at work while you look at it.

We like to think the skin tags grew like that out of loneliness. What do you think?